The Year Of The Mensch: NY Jewish Week 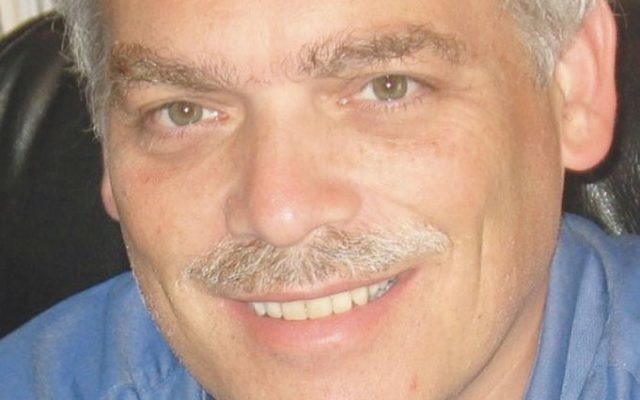 According to Merriam-Webster, 2018’s “Word of the Year” was “justice.” That term was the top lookup on the dictionary’s website, with the entry being consulted 74 percent more often than in 2017. “Justice” was the perfect word for a year when we needed to focus on the ills of society, whether it be criminal justice, racial justice, social justice, economic justice, or the nomination of a justice to the Supreme Court.
I have an early nomination for the current year: We need to make 2019 the “Year of the Mensch.”
The sage Hillel said, “In a place where there is no humanity, be human.” In a world as dehumanizing as ours has become, simply being a mensch, a kind, honest and loving person of integrity, has become a measure of heroism — and at a time when norms of civility are being routinely quashed, it may be the only measure that matters. Hillel is saying that when everything seems to have become unhinged around you, just persevere with the singular focus of being the best person you can be, and a better world will flow from that. If you can get your own act together, at some point others will follow your lead.

Leo Rosten defines mensch as “someone to admire and emulate, someone of noble character.” Dr. Saul Levine writes in Psychology Today that a mensch’s personality characteristics include decency, wisdom, kindness, honesty, trustworthiness, respect, benevolence, compassion and altruism.
Get Jewish Week's Newsletter by email and never miss our top storiesFREE SIGN UP
But neither Levine nor Rosten do the term justice. It is said that Eskimos have 50 words for snow. Well, Jews have a single word that embodies at least 50 divinely inspired character traits, including optimism, curiosity, forgiveness, kindness, creativity, gratitude, discipline, enthusiasm, principle, perspective, love of learning, humor, bravery, teamwork, civility, social conscience and perseverance.
Put that package together and you’ve got an exemplary person, but you don’t need to be a saint to be a mensch. To be a mensch in fact means to be fallible and imperfect, but always striving to do better. To be a mensch means having to say you’re sorry. It means owning failure. It also means seeking justice but never at the expense of compassion. It means connecting: to family, to one’s people and one’s home; seeking transcendence, seeing the extraordinary in the ordinary, loving unconditionally and living with integrity and humility.
Incidentally, although in German the term clearly refers to males and connotes masculinity, for Jews it is not gender-specific; a woman can be a mensch, too.
We are seeing an alarming rise in anti-Semitism and hate speech, on the right and on the left. Our social environment has become increasingly toxic. The problem is not simply a matter of a swampy White House that has made a mockery of honesty and practically criminalized remorse. We are witnessing a perfect storm, where corruption in government has merged with the concurrent breakdown in the moral authority of religious institutions. Widening sex abuse scandals are threatening the very legitimacy of the Catholic Church, but other religious groups can hardly afford to cast the first stone. Recent studies track a rapid growth of the number of religiously unaffiliated, the so-called “nones,” particularly among millennials, and while the growing distaste for religious institutions does not necessarily correlate to a decline in moral standards, it does point to a weakening of the moral safety net that religion has always provided.
Into this tempest I toss out “mensch” as a life preserver, one that not only can save society, but also reinvigorate the Jewish people. With so many young Jews fleeing “religion,” they need to know that being a mensch is the essence of the Jewish message and that the key to Jewish spirituality is the incorporation of divine compassion into our lives.  When someone tells me before a funeral, “He was a good person but not a good Jew,” I reply that to be a good person — a mensch — is to be a good Jew.
The term hasn’t yet made it to the level of acceptance of such other Yiddishisms as “chutzpah,” “kvetch,” “schlep,” “bagel” and “oy vey.”  Some style books still call for it to be italicized, like other loanwords from other languages. My goal is to bring mensch to full naturalization into the vernacular — for it to become a “thing.” (Full disclosure: My book “Mensch·Marks: Life Lessons of a Human Rabbi” is coming out very soon — only a true mensch would fully disclose a potential ulterior motive for writing this piece.)
Despite limited exposure, the word has been accepted across the political spectrum as a behavioral ideal. I checked out #mensch on Twitter and found tweets from both the right and left, taking opposite positions on the same individual (Rep. Ilhan Omar), while using the same behavioral standards by which to judge Omar and her defenders. No one agrees about her, but everyone agrees that the world would be better if more people acted like mensches.
Also at #mensch: praise for the guy who loves to snow-blow the entire block and a South African who helped two ladies stranded in the rain with a dead car battery.
Rabbi Israel Salanter, the 19th-century founder of the great morality movement known as Mussar, declared, “At first I tried to change the world and failed. Then I tried to change my city and failed. Then I tried to change my family and failed. Finally, I tried to change myself and then I was able to change the world.” Hillel could not have put it better.
This year, we can begin to change the world, one mensch at a time.
Rabbi Joshua Hammerman’s new book, “Mensch·Marks: Life Lessons of a Human Rabbi — Wisdom for Untethered Times” (HCI Books), comes out on April 2. https://jewishweek.timesofisrael.com/the-year-of-the-mensch/
at March 26, 2019